Often, it can seem like the process to validate a hypothesis within your UX research can take a while. The back and forth of a project management system, discussion with client, sign off, research implementation, produce results. However, if we work quickly and take advantage of available resources within our team we can provide validation via user testing.

Recently, I was taking a look at the conversion funnel for a client working in the short term loans sector. Our data team had pulled together some data into a deck and I was running through that and comparing against a test plan provided to the client. When I got to the page showed the steps by page, I noticed a few things: 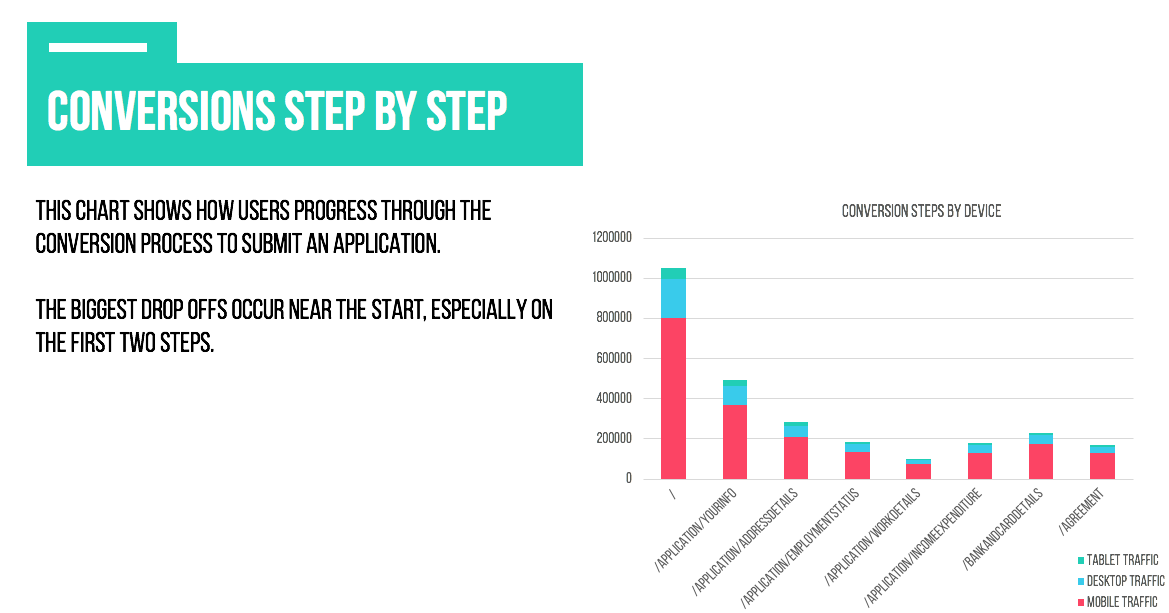 I’m not going to lie, something about the V-shape caught my eye and drew my focus. So I jumped into the funnel and started going through it as a user. Looking for anything that may cause friction once I got past the first two steps.

Once on the work details section, I noticed a field that caused me to pause. I’ve highlighted it below with a red rectangle. 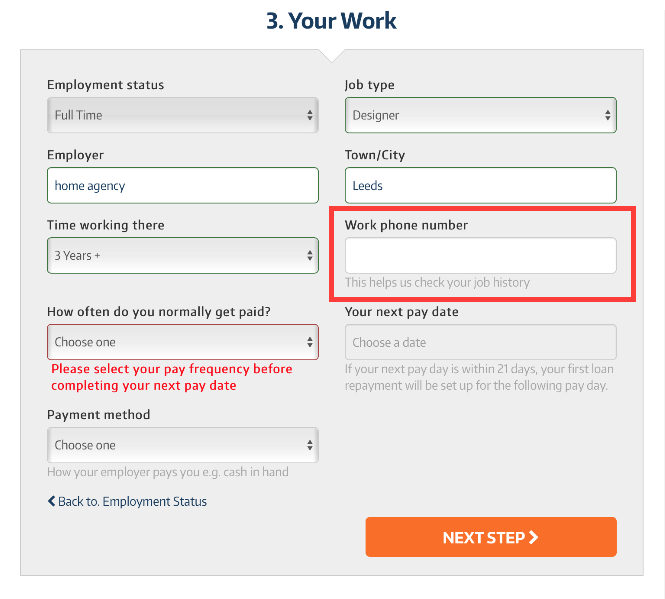 Now, I could just report back that I think this could be causing friction for users. I mean who wants their boss to know they are applying for a short term loan. The issue here is I wouldn’t be able to provide any further validation that this was an issue.

However, if you work in a medium-sized business (in my instance, 100+ bodies), you probably have lots of potential test subjects lying around. So I fired off a quick email:

So, imagine this, right:

It’s the middle of the month (or the 9th, if you are me), and you’ve smashed in all your wages already and now you’re proper poor for the month. Lame-o right, right? But what’s this? Your top mate just dropped you a snapchat or some other young person thing and wants you out this Friday too! It’s a right banging night and you’re well up for it, but “arggggh, no monies!!!!”.

So you think, “sod it I’m off to one of those pay day lenders, they’ll sort me out”. So you do that and right now you’re going through the application process. You get to stage 3, and it’s about your employment. Okay, now, take a look at the attached image to this email. I’ve highlighted an input field with a big red rectangle.

Q. Would anything about this highlighted input field make you:

A) Leave the site

B) Stay on the site, continue the application, I’m not bothered about that.

Please REPLY TO ME ONLY. And also, if you don’t mind, add your age because I’m curious how this changes across age demographics. Don’t worry, I’m very bad at keeping secrets.

By doing this I created a user test scenario with key information the user needs to put themselves in that position whilst removing extraneous issues like the rest of the journey. The answers came in, most people commented on why they’d made the decision they made.

For users that would have left the site, rationale for leaving included:

Leave the application because I’d be worried they’d be calling my employer to check I have a job, and I’d be mortified!!

I’d leave the site. I want the process to be between me and the lender and including a Work Number feels as though work would be very much included in the situation.

helps us check your job history” makes it sound like they’re actually going to ring and try to speak to HR or something, which would be awks and also it’s snakey behaviour on their part.

& for users that would have stayed:

I’d view it as a standard question and wouldn’t concern me.

nothing in that particular question would put me off.

Final tally for the results saw:

A whopping 73% of respondents said “hell to the no, bro!” And promptly virtually left the site. Many comments were of the variety that you really don’t want employers knowing you’d resort to payday loans.

A whopping 16% of respondents said “I ain’t bothered, bro” and promptly continued on to collect your loan.

1% of respondents weren’t sure what they’d do, but everyone of these respondents commented to say they also felt uneasy about the input field.

Well, I say interesting. It’s interesting for me and it turns out it’ll be more interesting for the client. As I was waiting for the results to come in I checked the clients customer profile and found their key groups of users tends towards younger people of both genders. For me this is enough validation I require to propose this as an area to test. Be that removal of the field entirely or testing new language. 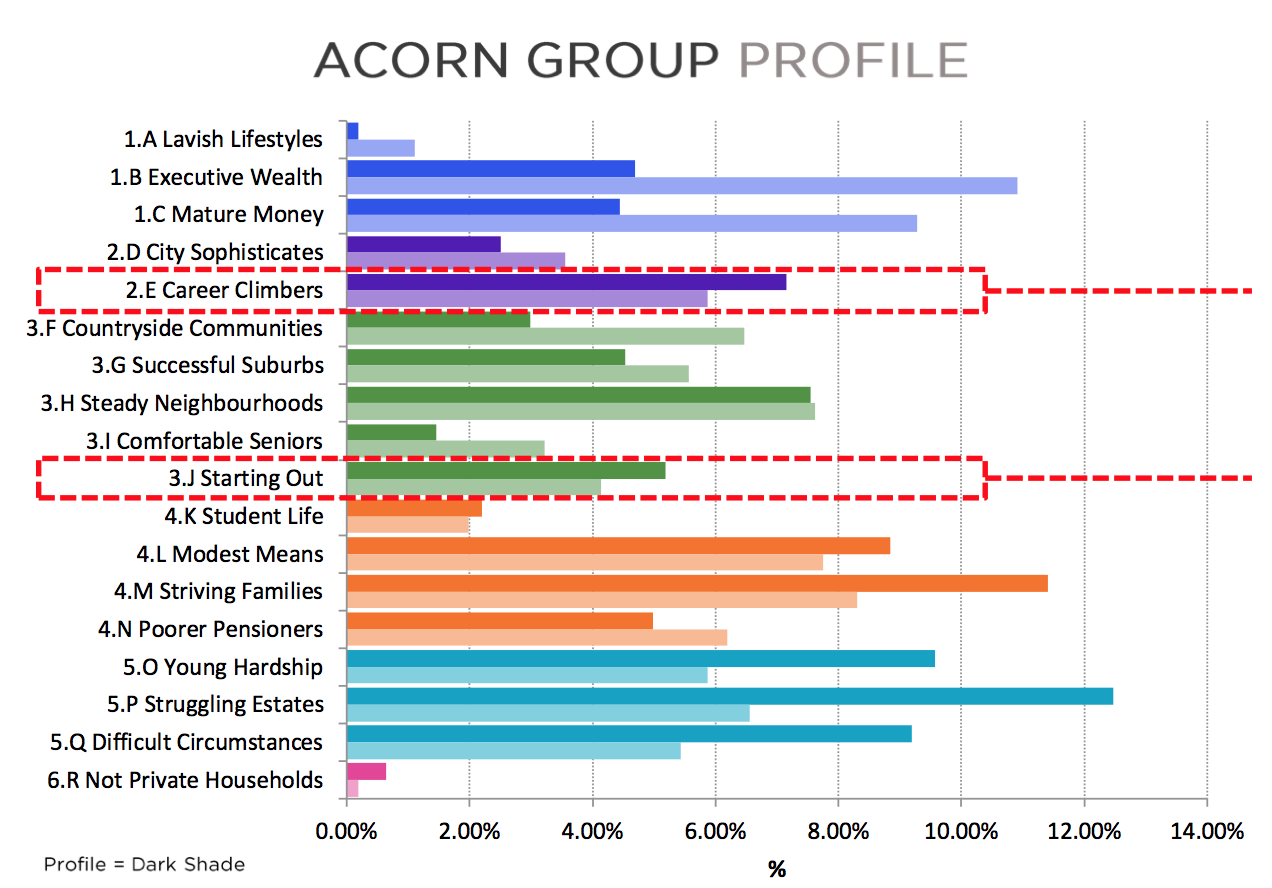 So within the space of 10 minutes, I’d gone from a hunch to a validated reason for a potential testing. Sometimes it pays off to quickly crowdsource responses rather than waiting to go through official channels for testing.