The PiGrrl is a Raspberry Pi based version of the classic Nintendo Gameboy. Capable of  playing classics all the way up to the 16 bit era thanks to the tweaks provided by 3d printed case (and then the PiGrrl is really only constrained by the available input options). The underlying emulator frontend, called RetroPie, actually has emulators going all the way up to N64/PSX. Slap a Pi3 in there and you can start tinkering with those. CPU/GPU power does start to be an issue and you need a more standard controller. But it is wonderful being able to play all the old classics on a very nostalgia inducing form factor.

When I said I made a PiGrrl? Well, actually I made two. As a thank you to a friend for putting me up for a while I decided the best gift you can give someone is something you can make. Nothing clever on my part here, I just followed the tutorial on adafruit, so you can make one too. Here’s mine in all her glory: 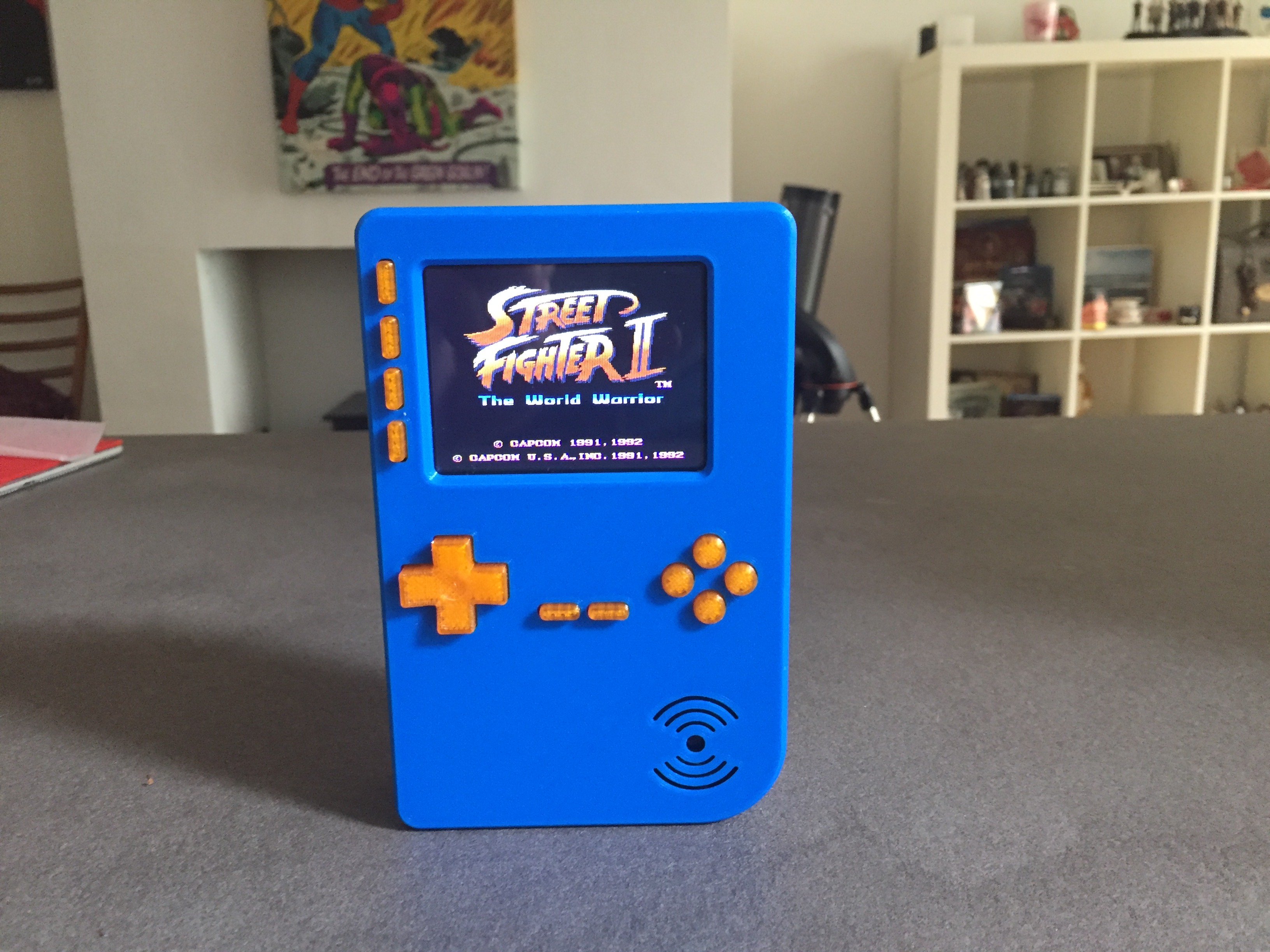 For someone who is thinking about taking on this project. It’s a good weekend of work if you are new to this stuff, but not tricky when you have all the right parts. Overall, it’s about £120 for parts if you don’t have them. Make sure you get the correct screen though, there are some older revisions on the market.

Learnings from making a PiGrrl

The useful thing about any project is that when it is done, you inevitably will have learnt some things. If you are in the UK, and thinking about this, some of these nuggets might be useful to you. Some things I learnt on this project are:

Battery Powered circuitry for your Pi

The implementation of the Powerboost circuitry for battery powering a Pi is incredibly useful bit of knowledge for any hacker. With this little nugget ready to use in your arsenal, your IoT projects can suddenly go anywhere.

I got mine from Nate the Ape on Etsy. Very good quality on both cases. Although I did incur an unexpected customs charge which I think Etsy need to flag up a bit more on there site. No beef with Nate though, his work was stellar.

Adafruit refers to wire by AWG which is American wire gauge. If you go to Maplins to buy some wire they don’t call it that. AWG works the opposite way to the way you might think with 30awg being really thin and 26 being thicker. You want thin wires for this project. If you look at the image at the top of the page, those wires are well thick. This makes it a pain in the arse to move the wires when you are trying to close the case and means you have to re-solder everything with thinner wires. Don’t make my mistake!

If you are thinking of having a go at this project but have never soldered, don’t buy the cheap soldering iron from Maplins. I took one look at the amount of soldering to do on this, one look at the soldering iron that I bought cheaply at Maplin a year or two ago, had flashbacks to how much it stressed me out and promptly upgraded to this lovely butane powered pen job (available at Maplin for about £30). Changed how I feel about soldering to be honest. A good soldering iron makes soldering border on fun at times. Soldering never becomes fun, but soldering can see fun from a distance and it can see fun waving at it. That’s as close as it gets though.

Lithium Batteries are an utter pain the arse to get hold of through the post in the UK. Best bet is some seller on Amazon had a couple with jacked up prices. Get the 2500mAh one that Adafruit suggest though.