Carousels, what about using them on mobile?

Occasionally I get asked questions over email by colleagues. If I go mental with an in-depth answer I like to post them here. Mostly, in case they are useful for me later on. If you find something useful here as well, that’s great. I did something useful. Today we are talking about carousels on mobile.

Carousels: Awful monstrosities which aren’t fully interacted with by users. On desktop. Is that true on mobile as well, particularly for younger audiences used to swiping?

As always; it depends.

Hero carousels are still useless. Mobile users tend to be time precious and scroll happy. We head into the content straight away and ignore the carousel. Further down the page, they may be more useful. Like if you had 3 images in a row. Activating a carousel at mobile is a better choice than trying to display 3 in a row (vertically/horizontally). This gives the user greater impact of the image and as a user I’m more likely to engage if it helps complete the story of what I’m reading. Same for ecommerce product carousels. The user is in a more investigative research-y mode. Users are quite likely to interact with carousels if they are interested in the products. Image galleries, same.

The other issue that mobile carousels present is visual clutter. Cramming an image into the background, then overlaying text and buttons tends to make the available space too full and means that the message gets lost. This is already an issue for static image headers at mobile level. When you add the variable nature of carousel copy you are asking for trouble.

Plus, data usage/page speed. HTML5 attributes for images like srcset go a way to alleviating the pain here. But this assumes everything else is working well visually with correct contrast between the image and the copy and someone bothers to implement it.

I need validation via data on these carousel claims…

Stats you say? This an interesting one. This article on Smashing Magazine dips into mobile specifically, and their results are a lot higher than usual. One thing to consider is that they are looking at interactions, not click throughs. One interesting take away is that swipe is actually a lesser used interaction method. Tapping thumbnails is tops (as it gives you visual preview probably). 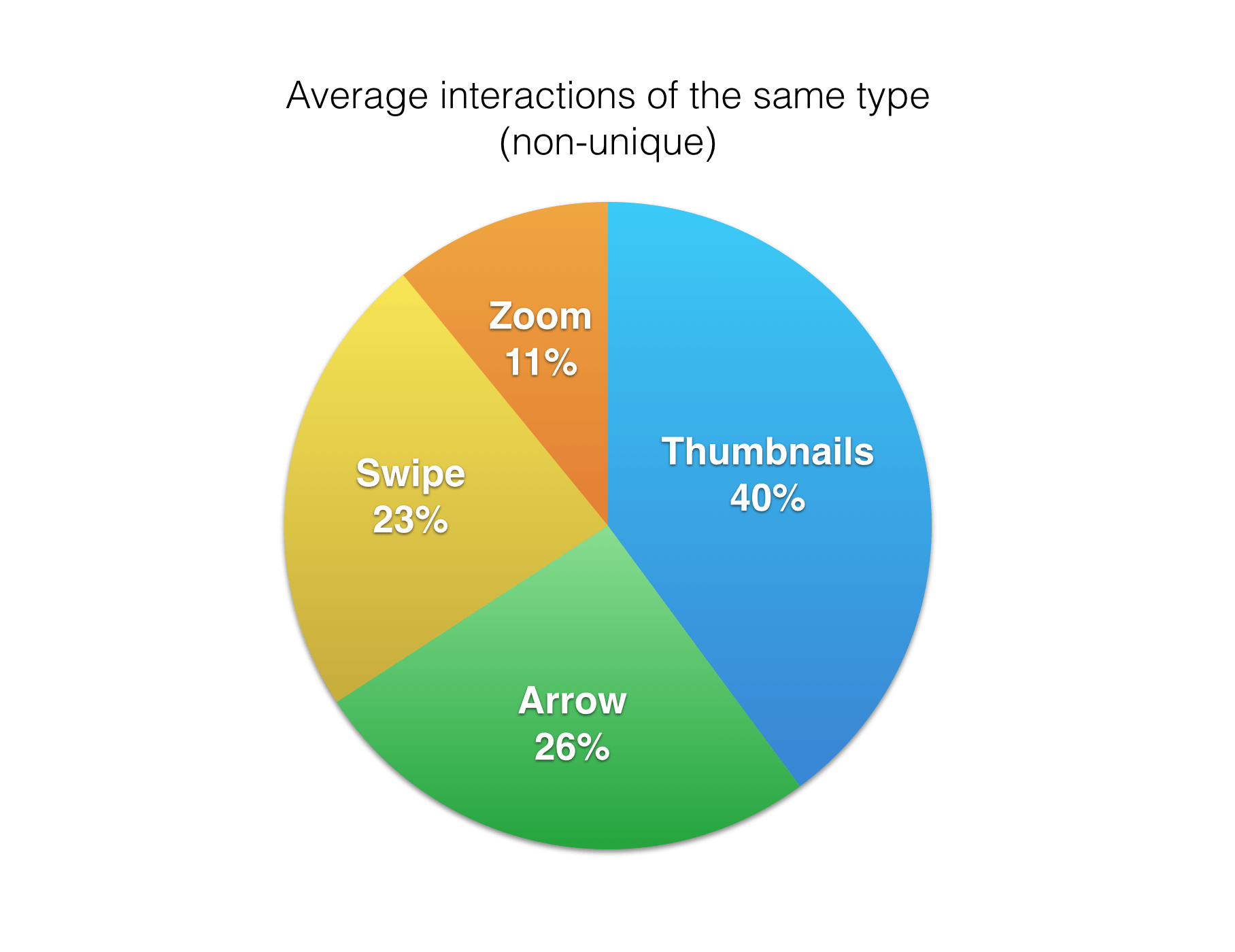 My thoughts are the same: don’t use them in the hero for marketing messages without testing. If you have marketing message that important, break it into it’s own section. Within content, fulfilling specific purposes, then they can work well.